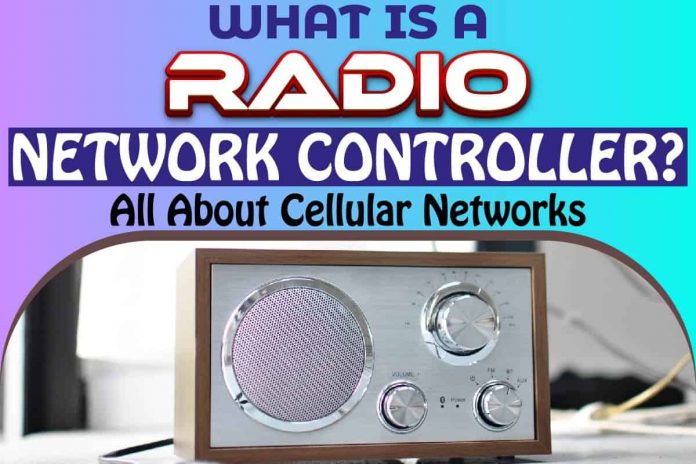 What Is A Radio Network Controller? All About Cellular Networks

Inventions made by humans have always been an impressive thing to look at historically. The inventors made radios, telephones, cars, and so much more out of nothing. Over the years, we have made improvements, but we still look up to our predecessors.

One of the most commonly used technologies is radio technology. Over the years, its use has been diversified to more fields, ie.

Wi-Fi, radios, remotes, and so much more. So it is essential to understand this technology because it is a big part of our society.

What Is A Radio Network Controller

All third-generation cellular mobile systems based on GSM need a governing element, and this element is the RNC. The RNC controls the Node Bs connected to a mobile cellular system and manages the radio resources in a system.

The RNC also handles part of the encryption process, and it helps keep user data secure in transit. A media gateway connects an NRC to a network.

What Is A Media Gateway?

While communication is simple on your end, it is complex and goes through a ton of processes. Let’s get into the details and see this;

A media gateway is a translation service or device. It is placed between two different telecommunication platforms, and it changes the format of data to allow the technologies to communicate.

A media gateway works with almost everything from SS7, POTS, and some Next-generation Networks, including 2G, 2.5G, and 3G networks. As more networks are getting created, media gates are getting improved to support them.

Media gateways allow for multimedia communication between packet networks through protocols like the Internet Protocol. The primary job of a media gateway is to connect two different networks.

This job means that it has to convert between the two platforms’ coding techniques and transmission techniques.

This flexibility allows the gateway to act as a translator to ensure seamless data transmission from both devices.

Also, media gateways have more functionality to improve transmission; they have DTMF, echo cancellation, and tone sender. These are integrated to make sure the quality of transmission is not lost as the sound gets transmitted.

This controller provides the signaling functionality and calls control that allows the gateway to work appropriately.

Call agents communicate to the media gateway using protocols such as MGCP or the Session Initiation Protocol.

Most gateways that use SIP today are standalone systems with integrated signaling and call functions.

This integration allows these gateways to work as intelligent and independent SIP endpoints because they don’t need external resources.

There are different types of media gateways, and they perform various tasks; thus, other systems use them.

One type is the VoIP; Voice over IP is used to do conversions over time-division multiplexing. It converts voice to a media streaming protocol the same way it does with a signaling protocol it uses. Along with these, it also works with RTP to make all transmissions fast and secure.

Media gateways used in mobile access connect a next-generation network core to a PLMN. 3GPP standards define the configurations of the network to keep the users on both ends satisfied.

What Is Radio Resource Management

RRM is an essential role of an RNC, so we need to break this down and understand it better. We need to know what it is and how it functions better to understand the role of a radio network controller so let’s jump into it;

RMM is system-level management of interference between channels. It manages radio resources along with other transmission characteristics when dealing with wireless transmission systems.

Some of the wireless networks that use RMM include WLANs, Wireless sensor systems, and cellular networks.

Radio resource management controls the parameters of the operation of a network using algorithms and complex strategies.

Without resource management, the network would be unable to handle all the traffic, and there would be significant issues with data transmission.

An RMM does not deal with the point-to-point channel bandwidth. Instead, it deals with multi-cell and multi-user network issues to ensure all the channels available are used efficiently by the whole network.

Traditional communication systems often focus on the source and channel coding, with one user being the target. It is impossible to use the entire channel capacity when many users in adjoining stations share a frequency channel; thus, resources go to waste.

Efficient RMM schemes will increase the overall system efficiency. This improvement would be of a more significant magnitude than you would expect to get from introducing advanced coding that focuses on one channel or source.

RMM is even more important in systems that have an issue with interference between channels or those affected by noise. An excellent example of these would be cellular or broadcast systems that cover large areas.

Such would be large wireless networks, and they will have many adjoining access points that use the same channels.

Without a resource management system, the data would get mixed up during transmission, and it would be lost by the time it gets to the receiver.

Base station costs usually dominate the cost of having wireless networks. These include planning, maintenance, real estate costs, energy and frequency licensing fees. The total comes to a large sum, so you have to use it as efficiently as you can.

A sound management system will allow a network to cover an extensive network without getting interference between the channels or path losses which will cause attenuation. This system will ensure the users get the quality service that they require.

How Does Your Mobile Phone Work?

For most of us, our mobile phones are the most important things we have. We need them to browse the internet, play games, watch videos, and text. The primary function of a phone is to make calls, so let us look into this and see how it works;

When you speak into your phone, the phone’s microphone will pick up your voice, and it uses its sensor and IC to convert your voice to electrical signals. This is a digital signal that has your voice in binary form.

An antenna in your phone will get these binary signals and transmit them as electromagnetic waves.

The waves will alter their characteristics, such as the amplitude, to express the 1s and 0s of your binary input.

To establish a call, you need to transmit these signals from your phone to a friend’s phone. Electromagnetic waves can’t travel long distances since physical barriers exist, and other waves in the air will attenuate them.

To overcome these problems, engineers used cellular technology to come up with cell towers. In this technology, an area is distributed into cells, and every cell has its tower and frequency slot. The towers are linked using fiber cables.

Towers pick up your phone’s electromagnetic waves in your cell. The tower will convert these signals to high-frequency light pulses transmitted to the tower’s base transceiver box.

The signal is processed, cleaned, and boosted to go to the target cell tower. The signal is transmitted to the destination tower through fiber cables.

The signal will be received on the other tower, which will convert it back to electromagnetic waves.

The receiver tower will then broadcast the signal with the recipients’ address, and their phone will receive it.

The signal will get changed back to 1s and 0s then the phone will convert it to sound that comes out of the speaker.

The cell towers use a mobile switching center to identify each other. It is how your mobile tower can identify the tower your friend is using, so it doesn’t send the data to the wrong location.

A radio Network Controller is an integral part of any radio network. It manages all the aspects of a radio network and allows for smooth data transmission between the nodes in a system. It uses a series of protocols to achieve this function.

One of its functions is Radio Resource Management. Setting up wireless networks can become expensive, so you have to make good use of all your resources. An RMM works to make the best use of resources to give an efficient and cost-effective system.

All these aspects working together make it possible for you to make a phone call or use a router. Every wireless system depends on these networks, which makes understanding them essential for anyone.

How To Measure PC Fan Size: All You Need To Know

Is 200mbps Good For Gaming? Check Out The Response

Laptop Keeps Charging On And Off; Laptop Power Supply Fixes

David Huner
David Huner is a tech lover. After completing his graduation from the University Of Phoenix, he started gather his knowledge mostly on latest technologies that keeps his life smart and cool. Now he wants to spread his knowledge with people who loves technologies.
Previous articleHow To Fix High Pitch Noise From Microphone: All You Need To Know
Next articleHow Hot Can A GPU Get Before Damage? Understanding the Necessity Of Cooling

Streaming Room Ideas- The Ideal Room Plan For Your Setup

Your stream room is your place of peace. The room has to be perfect to house all your gear and should look professional. It...

Minecraft is one of the most popular games in the world. The game has free build challenges and different levels. It gives players many...

Streaming Room Ideas- The Ideal Room Plan For Your Setup

7 Free Apps To Install On Your Firestick

How To Get Water Out Of iPhone Camera: A Guide